While we may be living longer, it is clear that this does not equate to living longer with a high quality of life.

To reverse this sad trend and experience successful aging, we must better understand the biological causes of aging and discover novel interventions that work at the cellular level to foster good health.

Such interventions should also lead to improved cognitive and physical independence for current and future generations.

Successful Aging at the Cellular Level

At the cellular level, aging is characterized by a reduction in the efficiency of cellular maintenance, repair, and turnover mechanisms.

This reduction in efficiency results in the accumulation of lipids and damaged biomolecules and organelles.

These changes can directly affect the appearance, health, and quality of your skin.

Specifically, reductions in cellular maintenance and repair can lead the skin to become thinner, less elastic, and more prone to damage due to cross-linking of collagen, elastin, and other proteins.

Over the past several decades, many proposed theories have attempted to define the causality and the underlying mechanisms of aging (1).

Currently widely accepted is the “oxidative stress hypothesis“, which modified and advanced the free radical theory of aging (2,3).

During the past two decades, the crucial role of reactive oxygen species (ROS) in causing DNA damage during the aging process has become clear and represents a major factor in cellular degeneration.

The “oxidative stress hypothesis” also expanded the free radical theory of aging by emphasizing the essential role of anti-oxidant defenses in protecting cells and tissues from damage.

Autophagy as a Successful Aging Theory

Of the various biological mechanisms that appear to contribute to aging, the cellular quality control process of autophagy represents a significant but underexplored organic process.

The cellular quality control process of autophagy can affect age-related changes to the skin, organs, and tissues, as well as our overall health and function.

Based on its critical role in cellular maintenance, repair, and turnover, autophagy should be included as a key component of theories that have attempted to explain the aging process (i.e., theories of aging).

Moreover, optimizing autophagy could be a primary treatment for many disease conditions and also result in improvements in skin health and quality.

Findings from recent studies have revealed that autophagy has a critical role in reducing all three causes of oxidative stress:

By removing damaging biomolecules and organelles, the process of autophagy can enhance the health of cells and thereby improve the antioxidant defense system

3. Removal and Repair of Damaged Biomolecules

Finally, autophagy appears to be the key process through which cells remove and repair damaged molecules

On a cellular level, impairments in autophagy can disrupt healthy cellular function, which can contribute to decrease in organ and tissue function, and ultimately increase the risk for chronic disease conditions and functional decline among older adults.

Unfortunately, the critical process of autophagy can become impeded with aging.

Interventions, such as calorie restriction and intermittent fasting, that can regulate autophagy have shown evidence to extend healthy lifespan in short-lived species (fruit flies, mice).

A current question is whether such interventions also have beneficial effects (aka slow down) the rate of aging of humans.

If successful, such interventions could extend a person’s healthy lifespan and improve their quality of life in the later years.

By modulating autophagy at different ages through selected interventions, cells can be cleaned from toxic garbage and become healthier.

Thus, “activating autophagy” may represent the future goal of many “anti-aging” treatments.

Based on findings from a growing body of research, some leading interventions to optimize autophagy include calorie restriction, intermittent fasting, and the drug rapamycin.

In addition to the interventions described above, there is emerging evidence that certain dietary compounds can also enhance autophagy.

For example, Benzyl isothiocyanate, curcumin, and Vitamin D have all been shown to increase the formation of auto-phagosome.

Additionally, most of the compounds below are under investigation in clinical trials:

The good news is that the naturally occurring dietary compounds to be tested originate from a variety of food sources and can be incorporated easily into the diet.

Emerging science suggests that optimizing autophagy could be a primary treatment for many disease conditions and may even slow down the rate of aging.

Thus, the cellular quality control (QC) process of autophagy represents an important but underexplored biological process affecting the overall health and function of individuals as they age.

A focus on enhancing autophagy can be an essential component for a healthy life and the experience of successful aging. 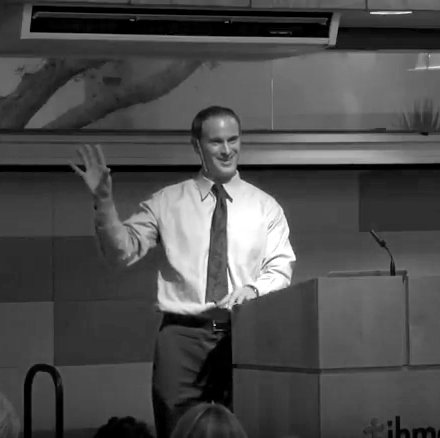 Does Coffee Break a Fast

Does Coffee Break a Fast?